This article came to me by email this morning. I did a little research and it appears to be legit. It was written by Dewie Whetsell, an Alaskan fisherman and volunteer fire chief.

The last 45 of my 66 years I’ve spent in a commercial fishing town in Alaska. I understand Alaska politics but never understood national politics well until this last year. Here’s the breaking point: Neither side of the Palin controversy gets it. It’s not about persona, style, rhetoric, it’s about doing things. Even Palin supporters never mention the things that I’m about to mention here. 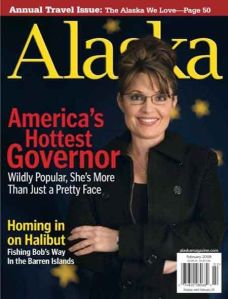 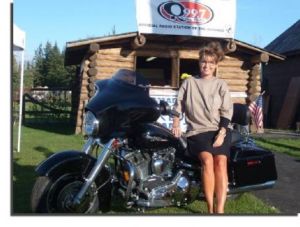 By the way, she was content to return to Alaska after the national election and go to work, but the haters wouldn’t let her. Now these adolescent screechers are obviously not scuba divers. And no one ever told them what happens when you continually jab and pester a barracuda. Without warning, it will spin around and tear your face off. Shoulda known better.

You have just read the truth about Sarah Palin that sends the media, along with the Democrat party, into a wild uncontrolled frenzy to discredit her. I guess they are only interested in skirt chasers, dishonesty, immoral people, liars, womanizers, murderers, and bitter ex-presidents’ wives.

So “You go, Girl.” I only wish the men in Washington had your guts, determination, honesty, and morals. I rest my case. Only FOOLS listen to the biased media.

“Wild uncontrolled frenzy.” That about sums up the formerly mainstream media’s response to her, doesn’t it?

← The State is my Shepherd
Godlessness in High Places →