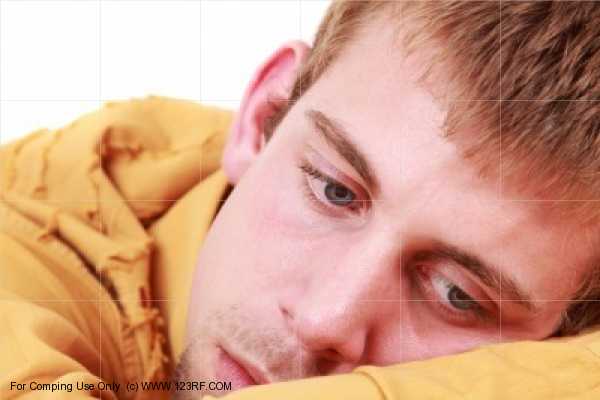 They say fools rush in where angels fear to tread. This territory is contentious, but I’m neither rushing in nor fearful to tread. You have pushed me to the wall, all but demanding a response from me, so here goes. Yes, I have seen the news reports about gay teens who have taken their own lives, including the most highly publicized one, Tyler Clementi, the Rutgers University freshman who jumped off the George Washington Bridge after his sexual encounter was filmed and broadcast on the web. Yes, I agree with you that teen death is always tragic, and when it comes by suicide, it’s especially heart wrenching. Yes, I have seen the videos posted online by celebrities, calling for an end to harassment of gays, and yes, I have heard your cries for action.

I certainly won’t argue with, “Stop the bullying.” Aggression and abuse are never acceptable.

So why do you overlook the actual aggressors? Instead of calling them to account, you have leveled your sights on something else. At bottom, your demand really isn’t, “End the bullying.” It’s, “End the religion-based teachings about homosexuality.”

About Defamation
It’s a chorus that’s been building for over a decade. In 1998, after Matthew Shepard, a gay University of Wyoming student, was abducted, beaten, and left for dead by two local thugs, NBC Today show host Katie Couric also ignored the perpetrators and questioned whether Christian organizations such as Focus on the Family might be responsible, having created “a climate of hate.” As I read Crisis: 40 Stories Revealing the Personal, Social, and Religious Pain and Trauma of Growing Up Gay in America, I heard the same theme. The primary impediment to gays’ mental health and wholeness, according to Mitchell Gold who collected and edited the stories, is religion-based bigotry and religious intolerance. Not bigotry, but religion-based bigotry. Not intolerance, but religious intolerance.

Now the meme has gone global. That became apparent in the NPR article you showed me recently.  “Christians?” you asked, one eyebrow raised. A lawmaker in Uganda introduced a bill imposing the death penalty for some homosexual acts and life in prison for others. I read the article, wondering exactly how Christianity played into this development. It didn’t. The reporter had drawn that conclusion for readers, adding in the final sentence, “The legislation was drawn up following a visit by leaders of U.S. conservative Christian ministries that promote therapy they say allows gays to become heterosexual.”

That conclusion dovetails with your grievance. I and people like me have the blood of gay teens and many others on our hands. I’ll grant you this, Mick. Where others stop at dropping hints, you do have the chutzpah to come right out with it.

About Intolerance
So I will be equally straightforward. As I write this, I am wearing a purple t-shirt. Today was designated by the Gay and Lesbian Alliance Against Defamation (GLADD) as “Wear Purple Day,” to raise awareness and “bring an end to intolerance” in honor of the deceased teens. As a mother of three, I am moved by the plight of troubled teens too, but there’s more to my personal “Wear Purple Day” than yours. I will explain.

My purple shirt also has a cross on it, and on the back you can read, “I’m souled out, are you?” Yes, Mick, it’s a play on words that refers to my religious convictions. I bring that into the discussion because you seem to have a bigger problem with my personal convictions concerning sex and morality than you do with the actual crimes that have been committed.

Fortunately, the legal system hasn’t taken your approach. The boys who killed Matthew Shepard are sitting behind bars, and probably will be for the rest of their earthly lives. Likewise, the students accused of webcasting the escapades of Tyler Clementi are under investigation by local authorities, as are the perpetrators of other crimes you’ve brought to my attention. (You call them hate crimes. I just call them crimes.) But this doesn’t seem to matter to you. What matters to you is that people like me be called upon to either change our beliefs or … or what, Mick? The cries are increasingly sounding like a threat, “Endorse homosexuality or else!”

About Harassment
I have not asked you to live by my code. But you are demanding that I adopt yours. To be honest, Mick, I’m starting to feel bullied. In recent months, you have called me, directly or indirectly, a bigot, a homophobe, a hater, an extremist, and now a virtual murderer. To the best of my memory, I haven’t called you anything but Mick. Honestly, who’s harassing whom?

I could make the dissension between us go away overnight by mouthing a blessing on your homosexuality. It would make my life easier, but I can’t do that. My conscience won’t let me. In fact, to be gut-level honest, Mick, love won’t let me. Love for you and for those teens struggling to figure out love in a hyper-sexualized culture. You see, I believe homosexuality is less than what God made you for. You may be content with it (though I would venture your escalating demands for affirmation suggest otherwise), but there are many who aren’t.

College professor J. Budziszewski records a poignant conversation with a graduate student in his book, Ask Me Anything, that illustrates the soul-searching going on among today’s youth.

Adam had been living the gay life for five years, but he was growing disillusioned with it. He had no problem finding sex, but even in steady relationships the lack of intimacy and faithfulness was getting him down. “I’m starting to want … I don’t know. Something more,” he said.

“Another thing,” Adam went on. “I want to be a Dad.” His gay friends couldn’t relate to that. Get a turkey baster and make an arrangement with a lesbian, they said. But he didn’t find the joke funny.

And there was one more thing. He’d started thinking about God. He’d been to a gay church, but something about it didn’t sit right. Adam was confused, and he’d come to Dr. Budziszewski to get the Big Picture about sex.

I don’t know what you might have said to Adam, but I know what one prominent gay author counsels. In Growing Up Gay in America: Informative and Practical Advice for Teen Guys Questioning Their Sexuality and Growing Up Gay, Jason Rich recommends making contact, anonymously online if necessary, with other gays. “You can also access the tremendous amount of gay pornography on the Internet and see, for example, if hot naked guys and/or sexual images of guys having sex with other guys actually turns you on,” he adds.

Adam had already tried all those things and found them wanting. Now he was thinking about leaving homosexuality. Which leads to a subject that is even more contentious for you. Ex-gays. Mick, you have a lot to say about gays being mistreated, but it appears to me the most abused and reviled group of people in America today is not gays, but ex-gays. The Parents and Friends of Ex-Gays and Gays (PFOX), a non-profit advocacy group, has documented a lot of incidents of hostility and blatant discrimination against men and women who have left homosexuality. Ex-gay Perri Roberts, in the preface to his autobiography, Dying for Love, pleaded with homosexuals to simply grant him the space to change his life if he chooses, and to allow him to help others who want to leave homosexuality do so freely.

Would you grant Perri that freedom? Would you even grant Dr. Budziszewski the freedom to explain the Big Picture? Or would you have them censored and silenced, effectively consigning young people like Adam to homosexuality with no way out?

About Acceptance
Mick, I respect your freedom to live out the sexuality you prefer, but I will not jettison the Big Picture. Adam is onto something. Sex has its place, but the human soul longs for more than sex. Things like intimacy and permanence. Becoming a parent and raising a family. There is a Big Picture about sex, Mick, and all those things are part of it. I will not withhold that from Adam or others like him.

I do not accept responsibility for the teen suicides, nor do I accept the charges of bigotry, intolerance, or hate. I realize my Judeo-Christian construct for sex causes you distress, but I can’t surrender it for you or anyone else. That would be giving you a cheap substitute for love. Still, I value your friendship, so I leave it to you to decide whether you will accept me as I am or jettison me from your life.

I leave you with one final thought. You may succeed in silencing me and others like me who hold to the Big Picture, but that won’t make the Big Picture go away. It’s part of the created order.

Even your protestations attest to that.

← The Jonas Profit
A Course in Smoke and Mirrors →

16 Comments on “Bas Relief: The Big Picture amid Gay Demands”