Posted on October 4, 2012 By Terrell Clemmons 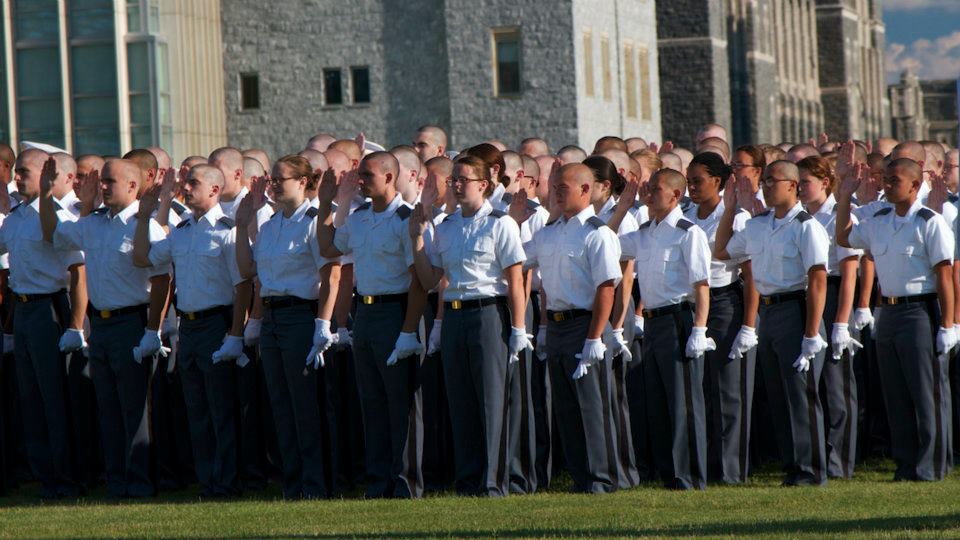 Paula struggled to maintain her balance in Breakfast Formation. At West Point Military Academy, cadets must be accounted for at all times, and as a sophomore, she was accustomed to this drill. Dressed in full uniform, shirts tucked in, buckles and shoes shined, backs straight, row upon row of cadets were counted every morning before breakfast. But this morning she didn’t feel well. A nearby parking lot had been re-tarred, and the smell was making her sick. “I think I’m going to faint,” she said, leaning against her friend.

“Oh, no you’re not,” he pushed back just enough to help her stand on her own. Paula made herself suck it up and held on just as an upperclassman walked by. “Johnson, are you okay?” he asked, genuinely concerned. “I’m not really sure,” she managed to answer, but the look on her face spoke volumes. He pulled her out of line, and when she doubled over, convulsing in dry heaves, he sent her to sick call.

Walking to the campus clinic, Paula actually felt a little relieved. Maybe I have the flu, she thought. A day of rest would be nice, even if she had to be sick to get it.

But Paula didn’t have the flu. Dr. Yavorek, a female civilian doctor, was on duty that morning, and after Paula described her symptoms, Dr. Yavorek got right to the source of her malady. “Is there any chance you could be pregnant?”

“I don’t really think so,” Paula answered, but when Dr. Yavorek pressed, she thought back a few weeks. “Well, there was this one time…”

A Harmless Camping Trip
Paula had met her boyfriend Brian early in their freshman year, and the two of them had been dating about nine months. They had even gone so far as to talk about a future together, but they’d decided their relationship would not become sexual. Paula fully intended to wait until she was married, and Brian had concurred.

The two of them had gone on a camping trip over Labor Day weekend. Underclassmen aren’t normally allowed to leave campus, but Labor Day is designated a ‘B’ weekend, which meant they could get away for a bit. “To us it was harmless,” Paula said later. “We’d just go camping and get away – anything to get off West Point grounds.” One thing had had led to another, though, and … now she was sick and getting a pregnancy test. She and Brian had stopped themselves when they realized what was happening. But what if we didn’t stop soon enough? Paula waited, nerves firing, for Dr. Yavorek to return with the results.

“Paula?” Dr. Yavorek spoke softly when she came back, “the test came back positive.”

“What?” Shock made the single word explode out of her mouth. Then she was quiet for a moment and asked meekly, “Is there any way the test could be wrong?” But it wasn’t wrong, and the news began to sink in. “Okay,” she took a deep breath and started thinking, What am I going to do?

Options, Choices
As if reading her mind, Dr. Yavorek explained her options. West Point was prepared for cadets in her condition. First, there was the Weekend Option. “We will write you a special pass,” she explained. “We have a list of clinics. You can go, and when you come back, nobody has to know why you went or what you did.”

“No,” Paula said, flatly, unwilling to go that route. “

Are you sure?” the doctor asked, not pressing, but confirming what she was hearing. “Yes,” Paula answered, “Don’t even give me that list. I could never do that.” “Okay,” the doctor answered, and without further discussion, wrote a prescription for prenatal vitamins and sent Paula on her way.

Paula walked back to her dorm in a daze. She knew Brian would be in class, as were most students by now. She also knew she wouldn’t be excused from her own classes, but she had to talk to somebody. She looked for her friend Deb, knowing Deb shared her faith and would understand the monumental decision she had just made, but Deb wasn’t in her room. It was now about 8:00 am. That means it’s 7:00 at home, Paula thought. Mom and Dad will still be home. So she sought out a phone in the basement of her dorm, away from any listening ears, and dialed the number.

“Paula!” her mother answered, surprised to hear from her daughter at this hour. Paula began to explain how she hadn’t been feeling well lately. “I got sick in formation this morning… and I was sent to sick call,” she went on, not quite sure how she was going to break this news. “And they did a pregnancy test,” she finally managed to blurt out. There was silence for a moment. Then she heard her mother sigh. “Oh, Paula Beth.” Another pause. “Was it positive?”

“Yes,” Paula finally broke down. “But Mom, I didn’t do anything. It was only one time,” she cried. And cried and cried and cried. “Are you okay?” her mother finally asked. No scolding. No yelling. “Yes, mom, I’m okay.” Still in tears, Paula found some relief from talking to her mom.

Cadet Mom
But she also knew she had to get herself to class. A soldier does what a soldier has to do. She went on to class that day – and finished her fall semester with the same disciplined approach. No one pressured her to take the Weekend Option, but it was clear she could either remain pregnant or remain at West Point. She could not do both. Fortunately, she managed to fit into her uniform throughout the semester, though she was granted permission to wear tennis shoes instead of the regulation dress shoes. She received prenatal care, sometimes at the clinic on campus, sometimes at the army hospital across town. The head physician of the clinic, though, couldn’t fathom why she had made the choice she did. “I think you’re making a stupid decision,” he said to her at one visit. “You understand, you’re throwing your career away.”

One of the hardest tasks was telling her sisters. The oldest of four daughters born to two Lutheran schoolteachers, Paula had grown up with the truths and morals of the Christian faith. Moreover, she had embraced them herself and fully intended to live by them. She had served as a youth leader and Sunday school teacher in her church, and as an older sister, felt responsible to set an example. Over Thanksgiving break, she broke the news, explaining that she would come home for Christmas and stay home, at least for several months. She took a medical leave from the army, found a part-time job, and enrolled in a nearby university.

Having chosen to carry her pregnancy to term, Paula had three options: (1) She could place the baby up for adoption and resume her career at West Point, graduating one semester behind her peers, (2) a family member could temporarily adopt the child until she graduated, at which point custody would revert to her, or (3) she could withdraw from West Point.

Brian proposed, and together the two of them weighed each option. Brian opposed permanent adoption, and Paula felt the temporary adoption route too disruptive for a child. That left her with option 3. “It was a tough pill to swallow,” she reflected later, but swallow it she did. The decision made, they set a date for their wedding after Brian’s graduation, at which point their child would be two.

All went according to plan for another year. In late May, Paula gave birth to a healthy baby boy, whom they named Garrett, and Brain flew in for his birth. In August, Paula returned to West Point, with Garret who was nursing, to process her withdrawal. She was granted an honorable discharge, and post-military life settled into an exacting rhythm of school, work, and being a mom. Her parents and sisters helped, but the primary responsibility for Garrett’s care remained hers. Occasionally, when she couldn’t arrange for a sitter, she packed him into his stroller and the two of them attended class together. “If he cried, I would take him out,” she said, “what else was I going to do?”

No Regrets
Two years after Garrett was born, Paula completed a BS in Mathematics and accepted an offer to teach at local high school. She says she grew up in a hurry, and even though Brian broke off their engagement, she has no regrets. People largely supported her. “It was like a two-stage reaction,” she explained. “First there was the disappointment over my pregnancy, but then, right away, support for having subsequently made the right choice.” A West Point classmate later told her, “I’m glad it was you and not me. I know what I would have done, and I would have hated myself for it.” Another woman commended her this way, “I didn’t make the same choice you did when I was younger,” she confided sadly. “And I wish I had.”

Paula had long held military service in high esteem. Her appointment to West Point was, for her, an honor and a teenager’s dream come true. But on an otherwise routine fall morning, a different assignment arrived. Her West Point dream aborted, she answered the call to protect the one life of which she’d been appointed sole guardian. 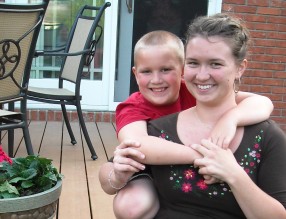 Garrett? He’s eleven now, and is a happy, well-loved and well-adjusted fifth-grader at the same Lutheran school from which his mom graduated eighteen years ago. He loves his mom very, very much.

One Comment on “Soldier Mom: A West Point Cadet Answers a Different Call”