“Now We Know Her” 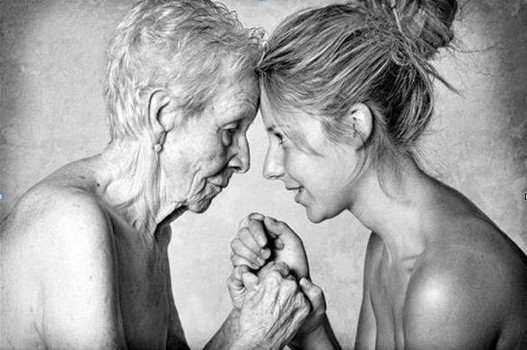 “My dear girl, the day you see I’m getting old, I ask you to please be patient. If when we talk, I repeat the same thing a thousand times, don’t interrupt to say: ‘You said the same thing a minute ago’… Just listen, please. Try to remember the times when you were little and I would read the same story night after night until you would fall asleep.”

The aged mother has Alzheimer’s disease. Will Daughter take care of Mother? Will she deal with her kindly? I first saw this endearing note when my friend Diane posted it on her daughter Delaney’s facebook wall. It’s a sweet sentiment. It speaks volumes about the structure of life, parent-child relationships, and the family bonds that tie one generation to the next. The sweetest thing was Delaney’s response, which spoke volumes about her love for her mother.

But there was something really ugly behind this that neither Diane nor Delaney saw. I’ve known Diane a long time, long enough to remember when she was pregnant with Delaney. Ardently pro-choice, Diane sought testing to screen for genetic disorders. During that time, she announced loud and clear for all to hear that, were any anomalies to be detected, she would terminate this pregnancy. It was as if she were daring anyone to take issue with her over it. And you better be alright with that, seemed to be the unspoken end to the sentence.

To my knowledge no one objected, and Delaney, all her genes lined up appropriately, was born a few months later.

All’s well that ends well, right? Maybe. But maybe not. A pro-life mother may, or may not, feel moved to plead for grace and mercy when her ‘quality of life’ begins to change. But were she to do so, she would be speaking and acting with integrity. She would be practicing what she’d been preaching, so to speak. But what about a pro-choice mother? What about Diane?

Over the years, Diane and I have interacted a little about the pro-life/pro-choice divide. I recall one time asking. “What would you do if Delaney suffered a debilitating accident? Would you terminate her if the lifelong handicap were just too much for you to handle?”

“Oh, no!” she said quickly, adamantly.

“Well, because, now we have her. Now we know her, and we love her,” she said it quickly. It all made such perfect sense. Why didn’t I get it?

Actually I do get it. In fact, I get it more than she does.

Here’s what I get: An ethic that says, “If we know you, love you, and want you, you get to live.” leads to a world in which your life will eventually hang on whether or not someone else knows you, loves you, or wants you. And you may end up pleading, groundlessly, for someone to deal mercifully and kindly with you.

Fortunately for her, not only did Delaney have her genetic ducks in a row, she also has her morals and ethics sufficiently lined up too. She will undoubtedly love and care for her Mom till her dying day.

But what if she didn’t really care about her mother’s well-being? A pro-choicer herself, what if she exercised her freedom to choose differently? What if Mom’s anomalies were simply too much to adjust to? Well, that would just be too bad for Mom, wouldn’t it? What goes around comes around, and karma’s a bi*ch.

There is one thing about this that I don’t get. What exactly are pro-choice mothers and daughters thinking when they defend abortion together?

That’s what I don’t get.

← Diplomat on Ice
Meaning Seekers or Meaning Makers ‘R Us? →