Posted on December 29, 2014 By Terrell Clemmons 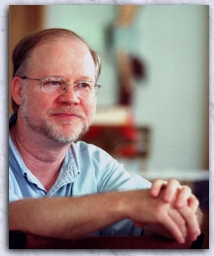 The Sexual Ruin and Redemption of David Kyle Foster

David Foster grew up in Easton, MD, the third of four sons born to a stern, legalistic Presbyterian preacher whom he came to view as “the enforcer.” Dejected, he began early on to live as if he were both fatherless and Godless, making up his own rules for living as he went along. Conflicts with his parents, run-ins with a playground bully, and sexual confusions created a vicious psychological turmoil from which he attempted escape, both by running away and suicide while still a boy.

That didn’t pan out either. Sex was fairly easy to come by, though, and his first full-blown relationship was pleasurable enough. But before long he started to feel a vague discomfort. Something was missing. Why didn’t it fill the emotional void inside? This left him with a devastating conclusion: “Somehow, I had a deep-seated craving that a woman could not completely fill.”

Was he gay? He decided to sleep with a guy to settle the matter. He chose Paul, an effeminate, Roaring Twenties diva who’d been throwing looks and smiles his way. Even though it sickened him to think of it, David drank himself into oblivion, and waited for Paul in the lounge. “The experience was agony in every possible way,” he wrote years later in his autobiography, Love Hunger: A Harrowing Journey from Sexual Addiction to True Fulfillment. “[S]omething deep in my soul was being seared.” He already hated himself. That night, “self-hatred exploded into an inferno.” The next day, he tried to kill himself.

The day after that, he sought help from the school counseling office, but found no solace or direction there either. Maybe getting off campus for a while would help. He hitched a ride out of town and found himself in the company of a seemingly harmless, lonely old man, who soon began to seduce him. A softie at heart, David felt drawn to give him what he wanted. Besides, I had already done it with one guy. What did it matter if I let this old man get his thrill too? Afterward, he told himself he’d done a good deed for the man, but deep down, he knew better. Either way, David had discovered he could get money and attention – mostly from older men, father figures – with his body. Besides, it was flattering. Men wanted him, at least for a time. He became a regular weekend hustler.

Users and the Used
By the time he graduated in June, 1973, his existence was a miserable, frenzied mess. Still, determined to give life one more good shot, David set out for Hollywood with high hopes of fame and fortune, and he did, in fact, find a measure of success as an actor. He also found no shortage of pedophile-predators in top positions desiring his services. Unfortunately he needed them to supplement his income, and he continued hustling.

“I hated most of those guys. I hated them for pretending to love me when they only wanted sex.” Truth be told, he also hated them because he needed them to fill the psychological void inside. The ones he didn’t hate, he felt sorry for. A young man well acquainted with emotional pain, he saw the years of hurt and rejection in their eyes.

David survived several years in Hollywood by acting and hustling, but it was a dangerous life. Twice he survived murder attempts at the hands of men who picked him up. Part of him wanted to die and would have been relieved for someone else to do the deed for him, but he also wanted a life of real meaning and purpose.

By his late twenties, he knew this was not to be found in Hollywood.

A spiritual thirst began to emerge. He wanted nothing to do with Christianity or its God, but the idea of a Higher Power seemed appealing, as did the idea of Jesus. With very little forethought, David sold everything he owned, joined an Eastern cult, and moved into the ashram. He might have stayed there the rest of his life but for two persistent influences: his praying parents, who’d abandoned the rigid religious practices of their past for a more Spirit-filled, vital faith, and Jeff, a “total nerd” office-mate who kept arguing with David from his Bible that the cult and its guru were frauds.

Finding the Love
David was terribly confused. And although it infuriated him, something about Jeff’s unconditional, non-sexual affection was disarming. Like David’s parents, Jeff would not give up. David hated to admit it, but it was something he’d been looking for all his life. He started reading the Bible in secret. Could Jeff be right and the guru wrong? He needed to find out.

David maxed out his one remaining credit card and booked a trip to Israel. By the time he knelt to pray in the Church of All Nations in the Garden of Gethsemane, the battle had come down to two competing objects of devotion. He knew Jesus had claimed to be the only way to God, but was Jesus right? Or should he remain faithful to Guru Maharaj Ji?

A question came to his mind: Who proved his love for you? David knew about Jesus being scourged and crucified – for the sins of the world, including David’s own, as the narrative went. If true, that was certainly a costly demonstration of love. He then tried to recall practical demonstrations of Maharaj Ji’s love. Nothing came to mind. When he thought about it that way, the contrast could not be more stark. The guru took. Jesus the Savior gave.

Jesus was the one who loved him. The veil of deception lifted, and David got up off his knees, “joyous and free, … reveling in the peace and love I was feeling.”

A Man Among Men
The ensuing years became a continuous journey of healing. David enrolled in seminary. A recent cultist, prostitute, and heavy drug user, he had to work extra hard to keep up, but he gave the Lord and the work everything he had, counting it all loss for the surpassing greatness of the love he now knew. He especially found soul-nourishment in the chapel services. “I was a man among men for the first time – holy men who did not want to use me. I certainly could tell the difference – these men loved God with all their hearts, souls, minds and strength.” Perhaps most important, David “learned that falling in love with Jesus at deeper and deeper levels was the key to my sexual healing. True intimacy with him made possible the transformation of my soul.”

David has been walking with God and serving him for thirty-four years now. A “hopeless romantic,” he’d always wanted to marry (remarkably, despite his thousand-plus homosexual encounters, David always knew he was a broken heterosexual and never thought of himself as homosexual), but he told God he was willing to remain single if that was the plan for him. One night he had a dream about a wedding in heaven in which he married God. Puzzled, he asked a trusted Bible teacher friend what she thought of it. She responded rather matter-of-factly that, well, she thought everyone should marry God first, preferably before they marry anyone else.

The answer satisfied him. At length, David has become certain that he’s called to be single, and that yet at a deeper level, he is married to God. Having known sexual brokenness, “from one end to the other,” and the unspeakable pain that comes with it, his life’s work is about connecting the sexually broken with the all-surpassing love of God, who can heal anyone of anything, and with whom we were all born to fall in love.

← The importance of having a narrative when confronting the assumption of naturalism
The Stones Cry Out: A Review of The Interview →

4 Comments on “Married to God”